Moles: The Troublemaking Tunnelers in Your Yard

You are here:
Other ServicesPest Removal 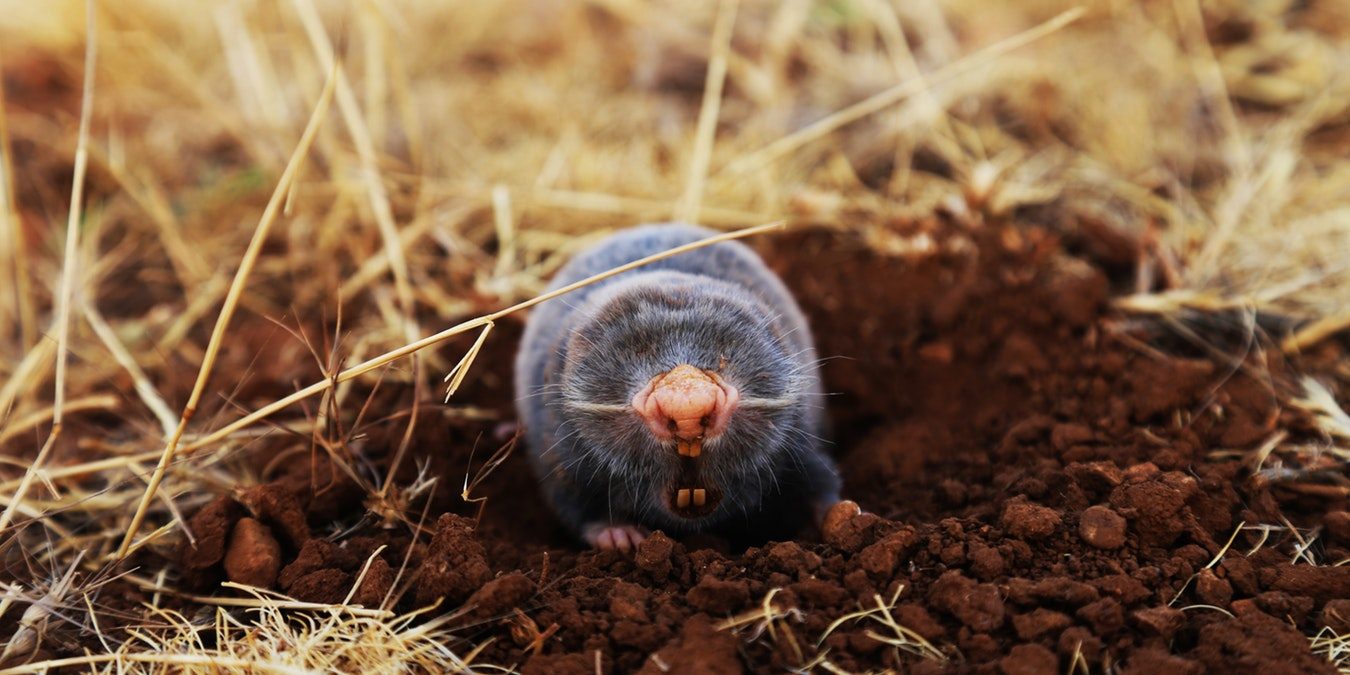 Q: What’s gray or brown, five to eight inches long, and making holes in your yard?

A: If it’s back end and front end are hard to tell apart, you may have moles. (Moles are a bit weird-looking.)

Even if you haven’t seen them (they’re shy and spend most of their time underground), it’s possible those infuriating holes and tunnels you’re finding in your hard are caused by moles.

Where Do Moles Live?

Moles are adaptable, which is why they can be found in either wild areas such as woodlands, grasslands, farmlands, as well as in your suburban (or even urban) neighborhood. Because they live and feed (on insects) underground, they create long, intricate tunnel systems by digging with their powerful oversized feet and claws. You can tell the burrowing of moles from other tunneling creatures (such as chipmunks) since the entrances to mole tunnels typically have mounds of dirt above them (the “molehills” in the aphorism about mountains). There are even some water-loving species of mole that spend part of their day searching for food in bodies of water.

Preventing Moles in Your Yard

To keep moles out, wildlife experts recommend that you keep your lawn free of pests like grubs that will encourage the moles to move in, as well as leaf debris that can appeal as hiding places for moles. The Safe Rodent Control (SRC) coalition also recommends digging a two- to three-foot trench around your yard and lining it with wire mesh so the moles can’t include your yard in their underground travel.

How Do I Get Rid of Moles?

When the pests are in your home, you can drive them out and block up their access…not something you can do easily in a yard. For this reason – and because the animals are so shy and elusive – getting rid of them is a difficult process for homeowners. Burrows can extend at least a foot under the surface of your yard. This is why we recommend that you call in the professionals.

Anderson Wildlife uses humane trapping methods to remove moles from your yard, and will never use poisons, pesticides or chemicals. Not only do we take care of moles – and other critters — we also take care of any damage that they may have left on your property or in your yard.

Contact us for more information and learn how we can solve your pest problems!

How to Make Your Dog Feel Comfortable in a New Home
July 15, 2021
How to Reduce the Chance of Wildlife Becoming Pests at Your Home
June 24, 2021

Checking Your Basement Windows Yearly Can Prevent Moisture and Mold in Your Home
April 29, 2021

Why Checking Screens in Your Attic Windows Is Important to Stop Intrusions
April 29, 2021