Squirrel Facts You Should Know

You are here:
Squirrels 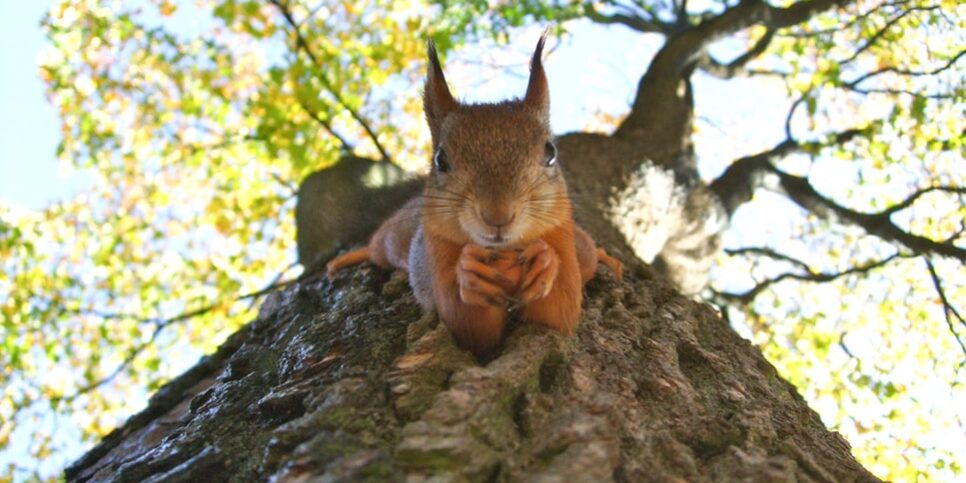 It seems that squirrels are virtually everywhere, from rural areas to suburban backyards to city parks. Even though people see them almost every day, there are some interesting facts about squirrels that many people don’t know.

Squirrels Bury Food and Steal from Each Other

Squirrels bury acorns so they can retrieve them later. That strategy comes in handy at times when food is scarce, such as during the winter. Even if the ground is covered with snow, squirrels can still find hidden food. They have been known to detect the smell of food buried under a foot of snow and dig a tunnel to follow the scent until they find the cache.

They don’t just dig up their own food. Squirrels often go after food that other squirrels stashed for themselves. Squirrels frequently hide their food in several locations so a thief can’t steal it all at once, but that makes it hard for the squirrel that buried the food to keep an eye on all the hiding spots and makes it possible for other squirrels to swoop in and steal food.

Squirrels know that other members of the species may try to steal nuts they have hidden, so they sometimes try to fool each other through “deceptive caching.” If a squirrel knows that another squirrel is watching, it may dig a hole, fill it in without burying food, and then bury the food somewhere else.

Sometimes squirrels don’t dig up all the food they buried. Acorns that are left in the ground can grow into trees.

Squirrels can achieve some impressive feats of balance, coordination, and skill. They can climb, make their way across thin power lines, and jump between trees and rooftops in search of food and shelter.

To escape from animal predators, such as hawks, squirrels run in a zig-zag pattern. Unfortunately, that strategy is less effective when squirrels are trying to run away from cars.

Squirrels also increase their food intake in the fall so they can gain weight. That helps them stay warm in the winter.

Even though squirrels can be found virtually everywhere in the United States, they aren’t native to many of those areas. Humans introduced them to urban parks to contribute to a rural feeling and to entertain city-dwellers.

Get Help with Squirrels in Your Attic

Squirrels are adorable, but they can be a nuisance if they get into the attic in your Connecticut home. Squirrels like to gnaw, and they have been known to chew through drywall, insulation, and even electrical wires, which can spark a fire.

If you have one or more squirrels in your attic, contact Anderson Wildlife Control.

We can live-trap and relocate them and seal off the entry points they used to get into the attic so you won’t wind up facing a problem with more squirrels or other types of wildlife in the future.

Should You Be Worried about Lots of Squirrels in Your Yard?
December 18, 2020

Get Rid of Nuisance Squirrels in Your Connecticut Home
November 19, 2020

Squirrel and Skunk Activity Increases in the Spring
March 24, 2020

Squirrel Removal Services to Bring Peace to Your Home
January 13, 2020