How to Tell if a Skunk Has Rabies 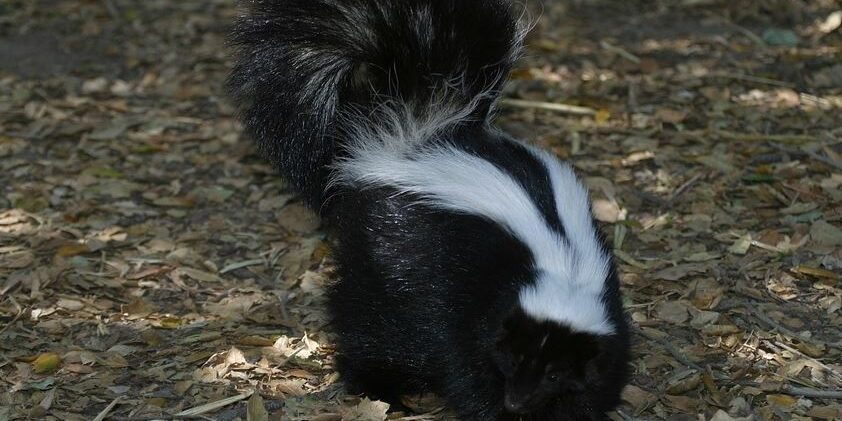 Skunks are a common sight in many cities and towns in Connecticut, but they are also wild animals. If you see a skunk on your property or near your home, it’s important to know whether the animal is behaving normally or if its behavior is abnormal. Skunks can carry rabies, so if you see one acting strangely it may be best to call animal control rather than try to approach it.

If you spot a skunk that seems to be acting strange, stay away from it. Skunks are generally not aggressive, but they can become more aggressive when they are sick or injured. If you see one lying on the ground or lying on its side, it may have rabies. If you see a skunk that doesn’t move at all and is not reacting to anything around it — for example if it doesn’t run away when you approach — there’s a good chance that the animal has rabies.

Here are some more ways you can tell if a skunk has rabies.

Skunks are nocturnal animals and are rarely out during the daytime.

Skunks are nocturnal animals and are rarely out during the daytime. If you see a skunk out during the day, it may be sick or injured and could be dangerous to humans. If you do encounter a skunk in this state, keep your distance and report it to local wildlife officials.

A skunk that has rabies may show unusual behavior and may resemble a drunk person.

Rabies also makes skunks more aggressive. If a skunk shows unusual behavior, such as appearing disoriented or confused, it may be possible that the animal has rabies. Skunks with rabies may also lash out at people or other animals in an attempt to bite them. In addition, if you notice that a skunk is unresponsive to normal stimuli like movement and sound, this could indicate that the animal is suffering from rabies.

A skunk with rabies often has trouble walking in a straight line.

A skunk with rabies may have trouble walking in a straight line. This is because they don’t have full control over their muscles, and they can fall over or stagger due to these difficulties. A skunk may also appear to be drunk because of this lack of muscle control. They could even lose balance and fall down occasionally on their own, or try to walk like a drunken person would (with one foot in front and one foot behind).

You might see a skunk trying to attack things it normally wouldn’t, such as small animals or dogs.

If you see a skunk behaving strangely, such as attacking small animals or even another dog, it’s likely that the skunk has rabies. Skunks are normally afraid of humans and will avoid them at all costs. But if a skunk has rabies, it can become agitated and attack people or other animals without warning.

It’s important not to approach any wild animal—especially one behaving strangely—and ensure that your pets are vaccinated against rabies so they don’t contract the disease themselves!

A skunk with rabies may even try to attack people or pets.

So you’re probably wondering: do skunks get rabies? The short answer is yes. The longer answer involves a little more nuance.

It’s important to know that skunks are not typically aggressive by nature, and they prefer to avoid confrontations with humans and animals alike. In fact, in many cases, you can even walk up on one without them reacting aggressively at all! But there are a few situations where skunks may act aggressively: if they feel threatened or sick (or both).

A skunk with rabies will exhibit signs of aggression—even if it doesn’t necessarily mean that the animal is going to bite someone or something else immediately. If you see a rabid skunk, don’t approach it; contact animal control immediately so that they can safely remove the animal from your property (and make sure your pets don’t come into contact with it either!).

If you see an abnormal-acting skunk, do not approach it!

If you see an abnormal-acting skunk, do not approach it! Skunks have poor eyesight but a good sense of smell. They will not attack humans unless they feel threatened or are cornered. If you see a skunk acting strangely (for example, if it seems to be unafraid of being approached), keep your distance and contact local animal control authorities for assistance. Skunks can carry rabies, so it’s important to be on alert for signs of the disease when traveling through rural areas where wildlife may be present.

Have skunk problems in CT? Call Anderson Wildlife Control. We have years of experience removing these pests from properties in a humane and efficient manner.