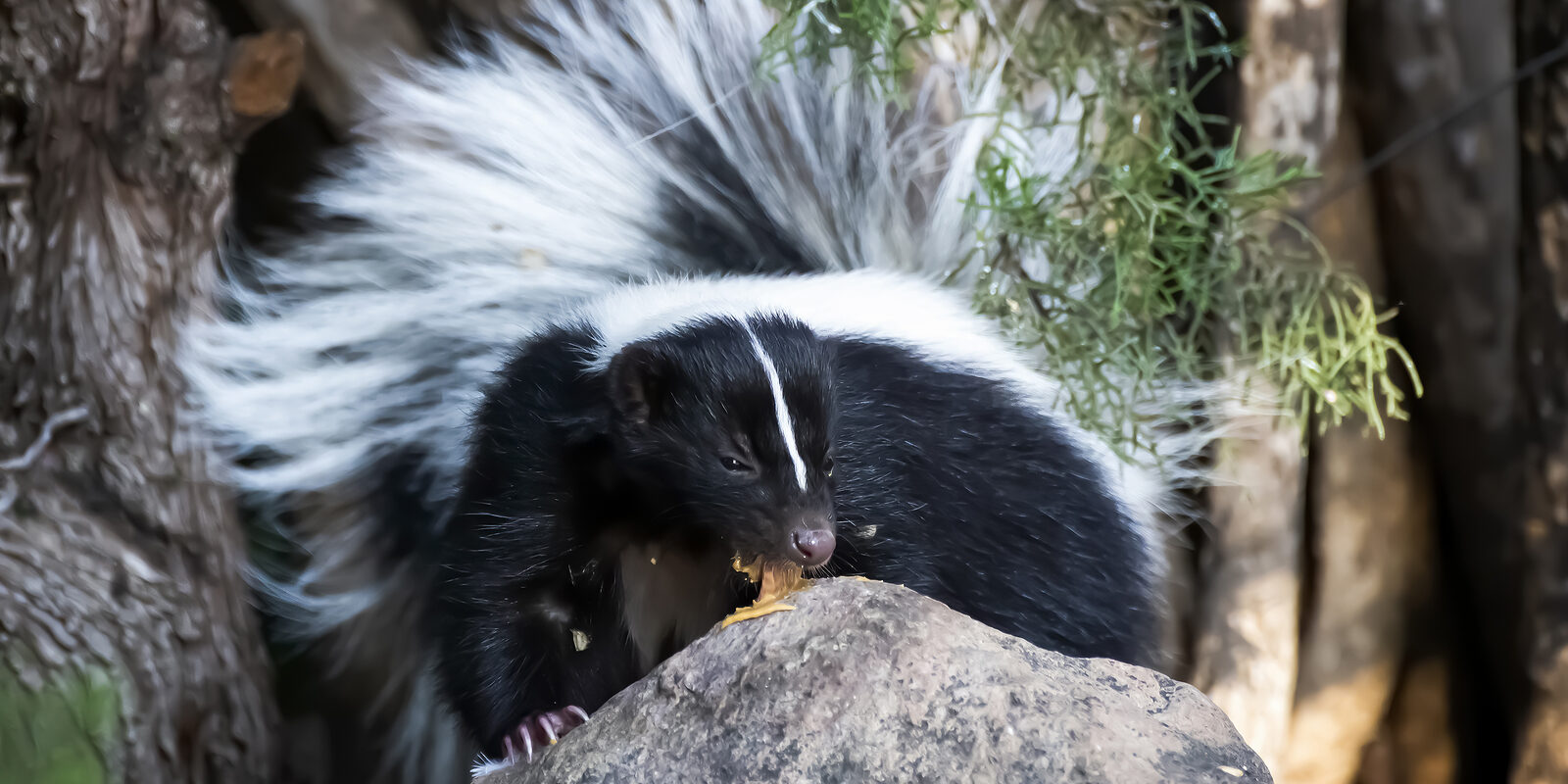 Researchers have discovered that there are more species of North American spotted skunks than previously thought. That finding can help scientists better understand skunks and may have an impact on conservation efforts.

What Scientists Learned about Spotted Skunks

Researchers analyzed DNA from more than 200 skunk specimens. Since it’s hard to catch and study wild skunks, researchers put up posters in Texas asking people to provide skunks that they had captured or found as roadkill. Scientists also used DNA samples taken from skunk specimens in museums.

Scientists had previously thought that there were four species of North American spotted skunks. The new DNA analysis revealed that there are actually seven.

Most people are familiar with striped skunks, but spotted skunks are less common. They perform handstands to warn predators before dousing them with a foul-smelling spray.

Spotted skunks are also unusual in the way that they reproduce. Instead of having a fertilized egg immediately get implanted in the uterus, the egg stays in suspension for a period of time before being implanted. Scientists believe some species use delayed egg implantation so that babies will be born at a time of year with warmer temperatures and plenty of food available.

What to Do If You See a Skunk in Your Yard

Skunks eat insects and rodents, which can be helpful to humans, but skunks can also be a nuisance to people and pets. Skunks sometimes dig up the ground looking for food. If a skunk feels threatened, it will give a predator warnings. If the predator doesn’t back off, the skunk will unleash a spray to defend itself. The smell is unpleasant and difficult to remove from skin, hair, and clothing.

If you have a skunk living on your property, don’t try to catch it or chase it away from yourself. Stay away from the skunk and keep your children and pets away from it.

Let the professionals at Anderson Wildlife Control take care of the issue. Our team can safely and humanely trap and relocate a variety of wild animals, including skunks, raccoons, and opossum. We can remove a skunk from your property without harming it or endangering your family. Contact us today to learn more about our skunk removal services.